Judy is an elderly woman who lives alone in a small shack on the edge of the woods​​.  She is a retired public servant. Her days are spent drinking Scotch whiskey and being on the internet.  She surfs social networks doing her best to get the attention she so desperately desires. She has two children who only visit her when it is required of them.

She is an angry, bitter woman who blames her children for her not being able to live the life she really wanted.  After her husband died, while the children were little, she desired to give in to her lesbian lust.  She never was able to do that.  Her kids got in the way.  Her job got in the way.  Later on she had to settle for buddying up to women she met online, only to attack them after they expressed their utter remorse for her advances.
Her youth was spent trying to be someone that she wasn't. She knew at an early age that she was attracted to the same sex.  Her mother must have seen this in her and apparently began to continually berate and belittle her.  She was never held on her mother's lap, never thrown into the air playfully by her father, if she even knew her father.  She was never treated like she mattered. There were probably long periods of time between being treated to new clothes, decent shoes, a piece of candy.  SOMETHING had to have happened to her as a child to have caused her to grow up to be so vile.

As a teen she was tall, extremely thin, clumsy and awkward.  ​​This would be the norm for a young teen, but for her, the absence of a chin, her caved in chest, size 10 feet and the fact that she had a pungent odor about her made things worse.  Her teeth were rotted badly enough for her to have to cover her mouth with her hand if she smiled.  Luckily for her, that wasn't often.

In her early 20's one of Judy's "friends" pulled a prank on her by setting her up to be on a game show called "The Dating Game". The man that she picked that day deserted her at the restaurant before the entree. He told producers that he felt awkward because he found himself with furrowed brow looking intently for her chin!  He stated that he felt it would be best for everyone if he just walked away.  He did so without a word to her, never looking back.

It was at this time that a homely stage hand saw the opportunity to get himself laid.  He had watched her, noted her insecurities.  He figured that since she was as ugly as he was, she'd allow him to explore his sexuality, relieving him of the burden of his virginity.  She willingly complied.  She was easy, starving for attention.  He didn't even turn the car off and walk her to her door, yet she felt elated.  She had been "loved".  From that she gained a little bit of confidence in herself.

Judy tried dancing for a living.  It wasn't her dancing skills that held her back, it was her looks, or lack thereof. She had an overbite that accentuated her weak chin and beady little eyes.  A comparison of her appearance in her early adulthood would be Jessica Lovejoy of The Simpsons. Today, she resembles another Simpson character, ​​Agnes Skinner

Judy's online presence is minuscule, to say the least.  She attempts to infiltrate groups only to be kicked and banned due to her inability to accept that other's are entitled to their opinion.  She is so sure that she is always right that she makes decent discussions impossible.   She impeds the discussions of others with rude remarks and personal attacks.  Apparently this is how her Mother treated her, and it is the way she treats her daughters.  She had never known anything else other than hatred, bitterness and bullying.

​​She responds to situations in the most childish way possible, just like she did in grade school when the other children didn't want to play with her.  If the people online could physically see her, they would have seen her stomping her feet, fists balled up, with a mean squinty look on her face.  Odds are she'd have slung herself down onto the floor in a fit of rage.  I wouldn't be surprised if she beat up her keyboard​​ and kicked the dog. She probably screams through clenched teeth, when she remembers to wear them that is.
Words such as class, dignity, respect, compassion, maturity, honor, camaraderie, trust, friendship, and love escape her.  She will throw a friend to the ground and attempt to stomp on their heart, reputation, relationships and rights with complete abandon.  Nothing is sacred to her.  She acts out of selfishness with total disregard for others, including her children.  She has no concept of the result of her actions on anyone else.  Worse yet, she doesn't care.
For Judy, lying is second nature.   She will make things up to hurt people or come between friends. She has even gone as far as editing messages so that they read as if the original poster is being derogatory.  She is hard, cruel, yet still manages to make herself look like an imbecile, a fool.

Eventually she will alienate all those who were blindly supportive of her​​.  They will notice that others were right about her when she begins to feed on their emotions.  Even the trolls will abandon her.

​Judy's internet world will soon be filled with silence.​​

She was willing to do anything it took to try and get attention.  She would tell the young men what she is wearing...well, what she WOULD be wearing if she was young enough.  She would engage in inappropriate conversation with young men, men young enough to be her sons.  She became an embarrassment to everyone who knew her. Judy degraded herself in an effort to gain what she deemed to be "superiority".

Finally, one of her few remaining friends sent a message to her daughter.  She included a few screen shots of Judy's behavior.  Within hours of receiving the message, Judy's daughter was back at the shack in the woods and a full fledged argument ensued.​​


​​​
Failing miserably at her dancing career, she entered into a local college and took the required courses to become a Home Economics teacher.   After receiving her bachelor's degree she landed a job teaching 8th graders at an inner city school, making less than $35,000 a year.  Children, being honest and all, nicknamed her "The Crypt Keeper".  They continually complained about the her attitude, her lack of self control, and her ability to pit one student against another causing disruptions and fights in the classroom.   Very seldom did she arrive at work without the smell of old scotch on her breath.  She managed to hold on to her position simply because there was a shortage of teachers at that time. Before anyone realized it, she had tenured.
Still fighting her lesbian tendencies, she finally met a man she could live with.  She did, however, always refer to the poor guy as "ID".  He faced each day with her telling him that he was her "Imminent Divorce".  After being present for the birth of two daughters, unsure if one or both were actually his as Judy drank so much, the stress began to take it's toll.  His shoulders slumped.  He walked with his eyes to the ground, and eventually, he died.  Judy seemed...overjoyed.
​​Judy finally left her teaching job, to the relief of the students and faculty alike.  She brought out pretty much what she took in.  There were no gifts of admiration.  No awards.  No keepsakes.  Students made clearly audible condescending comments ​​​about her as she walked down the hall and out the door for the last time.  On her face, a wry smile.

​​
She soon found herself wandering through the house with nothing to do, her old black dog hobbling along behind her.   Every now and then she'd turn around and take a kick at him.   The old dog would back away, then like an innocent child he'd get back up within range of her foot again.  He took several kicks to the head before he finally stopped getting too close.  She would chuckle every time he yelped.

There were several phone calls a day made to Judy's youngest daughter.  She had married locally, unlike her older sister, who had moved far away to start her new life.  She was the closest to Mommy Dearest, vicinity wise.  The calls from Judy were becoming a problem.  Her daughter purchased a new computer, had the internet installed at the shack in the woods, and Judy was now online.  Hopefully, for her daughters sake, this would be just the thing to stop the phone calls.
Judy opened a Facebook account, connected with her daughters and a few locals, then searched out some groups of interest.  Before long she was posting away, marveling at this newfangled device.  For a few weeks she actually enjoyed her time online, but as with all new things, familiarity set in.  Her new found friends began to see a change in her posts.  She became more argumentative.  She began to post inappropriately.   She began to pit people against each other in private messages.   She began to clone peoples profiles.  She began to create alter accounts so she could disrupt groups anonymously.
Judy's recent activity with a nasty group that called themselves trolls had purely been an attempt to get her family to pay her mind.  You'd think she'd get it by now, that her family doesn't really care for her.  The group thought she was hilarious, problem was, they were laughing AT her, not with her.

​​If Judy's internet activities kept her occupied and out of her daughters hair,  her daughter was fine with it.  It was obvious to her that Judy's being on the internet acting like an unsupervised teenager is what made her happy,   Her daughter kept the vision of her mom slumped over her keyboard drooling, typing away as she muttered strange things to herself about furry varmits. 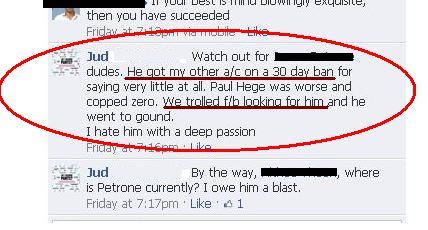 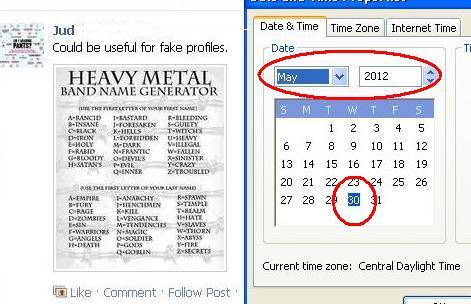 Years past as she struggled with raising her children. Naturally they were not able to attend extra curricular activities such as Gymnastics, Softball, and Pep Rallies. Judy was as hard on her homely children as her mother had been on her. She was ruthless, constantly causing them to fight with each other as she stood there and laughed. FINALLY she had control. FINALLY someone else felt just as bad as she did. These were, after all, the inconveniences she wanted to flush down the toilet.

The girls moved out the minute they became of age.​​ Each went her separate ways. They were damaged, but not broken. Bright futures lay ahead for them as they escaped the tyranny of the woman they called "Mother". Neither one looked forward to returning to the shack in the woods. No, not even to bury her.
This site is for ENTERTAINMENT purposes only.

No real persons name or personal data is disclosed.​​ 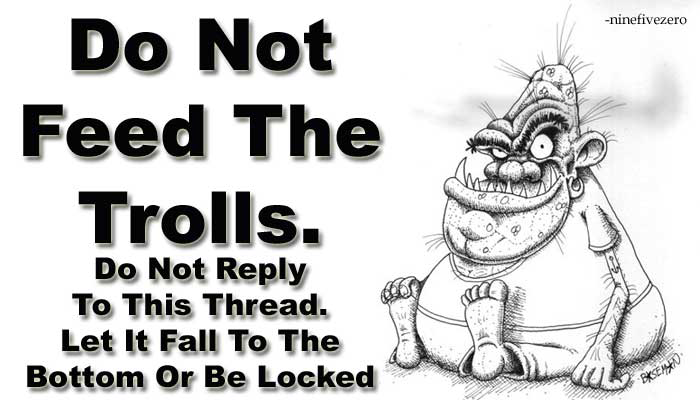